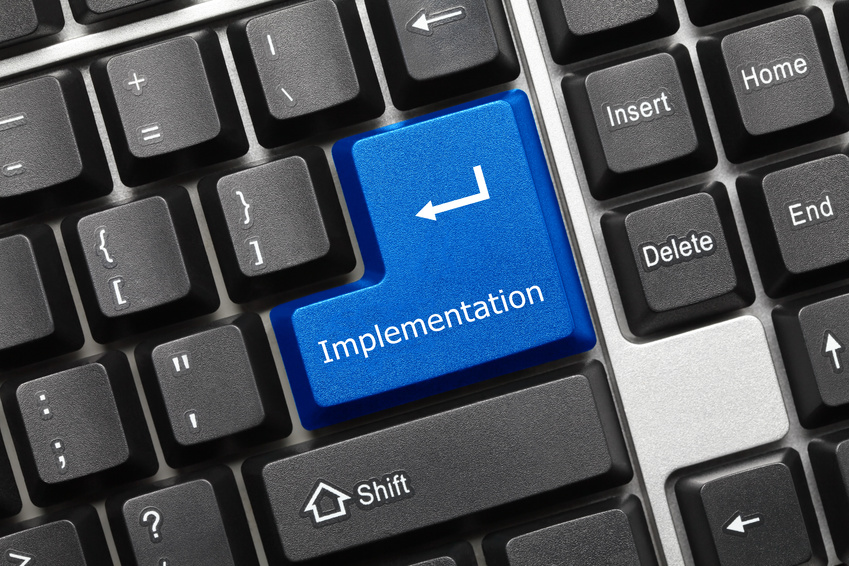 Consultants are known for coming into an organization identifying the problems then facilitating great goals and action plans for strategic change and development.

This happened in the early stages of my career as a speech-language pathologist while working in a healthcare facility.

The consultant came in and did their assessment routine and determined our organizational strengths and weaknesses.

Next, this consultant led a strategy development day where leaders and key individuals were invited to participate. I was invited to be in that session as a fairly new employee who was always looking at big picture of things.

Based on the consultant’s gap analysis separate goals were defined that day and action plans were developed on multiple flip charts. These flip charts were taken away and eventually transcribed and disseminated to the group and throughout the organization.

It was towards the end of the year so just in time to commence a new look on the year ahead.

However, nothing happened. Perhaps a few things changed but nothing exceptional. By the end of that following year there was nothing much to report back on.

I remember going into my CEO at the time and sharing all I had observed. I was only a year out from university so one could argue I didn’t know much about such things.

But I wasn’t afraid to call things out, just like the little boy in the Hans Christian Anderson story, who boldly declared the emperor had no clothes on.

My CEO was a very decisive man. He liked succinct messages. He wanted solutions.

I discussed my frustrations with him about the consultant’s work and saying how my own mother could have walked through the hospital doors and said what the problems were.

He asked his straightforward question: “What do you see as the solution?”

I was not as prepared as I should have been. Knowing his style of thinking I told him I would think on it and asked if I could come back to see him with an answer the following week.

Which is exactly what I did. And I came prepared this time. I came with one word. One word that I thought would stir my CEO and get the leadership team moving.

He pondered it for just a few seconds. Then he began to nod his head and said to me, “You’re right.”

The consultant had left us hanging. He neglected to take us on the journey we needed to achieve the results we wanted. Nothing had changed much from writing up those desired goals and associated actions.

Now when I help organizations create a recognition strategy and recognition plan with their chosen focus areas, goals and output measures, I don’t leave leaders hanging.

I always provide a framework for the leaders and practitioner on how they can implement the suggested changes and improvements to their recognition practices and programs.

We all need a process to put into practice the skills, systems and tools required to make a difference.

In this way progress can be observed in the first 90-days with measurable gains.

When any project is defined, planned, and goals and actions identified, always be thinking of the key needed to succeed – implementation!

Question: What have you seen get in the way of taking action where you work?