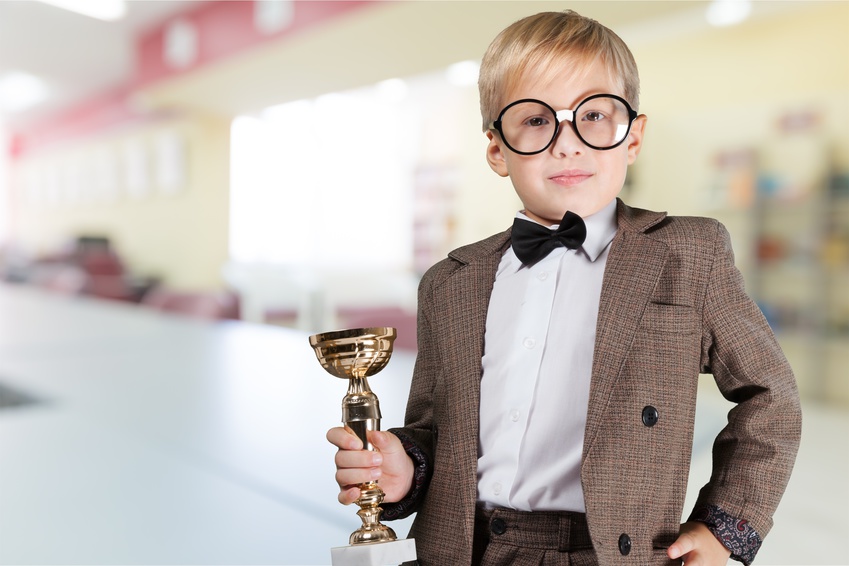 I don’t know if you remember what your experience of award assemblies at school was like for you. I only know I never got an award when I was at mine.

Not that my academic skills and abilities merited an award.

I recently found my high school report card booklet from England that showed several years of my educational abilities. Most of my teachers seemed to use the same old comment over and over again, “Could do better.” Problem was, no one ever explained to me what “better” actually was.

Thank goodness I found myself when I was at university!

But what I do remember from my schooldays was seeing the typical kids who did well academically in class, marching across the stage receiving whatever accolades and acknowledgments for their accomplishments they’d earned that year.

Not too motivating for me. Hopefully it was for them.

However, years later I still recall the pride I felt as a parent as most of our children received academic awards or recognition for display of positive character or contributions made.

But I believe there were one or two of our five children who did not stand out in the school administrations’ minds; even though we as parents knew they had done their very best.

So did seeing others receiving awards make this a negative experience? Were the rewards given out during the year helping or hindering motivation and character?

Awards and Rewards in Schools

It was fascinating to see two articles on this topic with the starting up of school this week in most of North America. Both writers shared how school administrators in different areas of North America were dropping awards or rewards from school practices.

In the New Jersey school example, teachers now give private words of encouragement for display of positive character attributes rather than giving out wristbands previously given.

This made a powerful impact on the high school population that was made up of special education children.

Teachers are commonly taught to use extrinsic rewards in a behaviorist approach to reinforce positive behaviors, especially with special needs students.

Even public award assemblies for the positive character awards were discontinued.

Ironically, those students with the highest emotional needs responded most favorably to these changes.

What are the implications here for you in addressing workplace recognition?

I think there should be a much higher focus made on everyday, interpersonal communication skills and positive feedback than on formal awards.

Too often companies spend too much time, money and resources on formal recognition than they do the everyday recognition most people want.

The Problem with Awards

Social scientists have found from some of their research that the promise of receiving an award, such as a trophy or certificate, can actually extinguish a student’s intrinsic motivation to explore a subject further.

Another concern is only recognizing the broad categories of academics and sports. Students may have other strengths that don’t fit under those areas. These narrow criteria eliminate many students from learning and more importantly, from growing.

I will always remember my elementary school headmaster in England encouraging me to submit my painting for a corporate art competition. I never placed anywhere in the competition. However, his genuine interest in my artwork and words of inspiration were a real source of motivation for me then, and even now to this day.

Focus on people’s strengths, their potential and where and how they are growing and not just what they once did.

Focus on people’s strengths, their potential and where and how they are growing and not just what they once did.

Nancy Perry, a professor of educational and counselling psychology at the University of British Columbia, reminds us that the use of rewards is not all bad.

Just as rewards and incentives help adult workers with doing difficult or monotonous tasks so too can incentives help children with getting started on a challenging activity.

The biggest challenge Perry sees with an award system is separating students out into winners and losers. There’s a psychological risk factor there that can affect students’ future learning.

Perry suggests we need to let everyone be recognized for what they have learned in whatever aspect of education or life.

The one article showed how at one Grade 6 graduation class they eliminated giving academic proficiency or school service awards.

Instead, they showed the growth, learning and potential of each child by showing 3 specific pictures of each child as they came across the stage. The three pictures included one of the student as a younger child, as they were now, and a stylized version of themselves as they could be in the future.

As each student reached the microphone on stage, they publicly shared how they personally demonstrated excellence in school, what they were most proud of, and what they planned to continue to explore.

There were definitely things I excelled at when I was in elementary school and other areas I was proud of. But no one really knew or ever asked those things.

Mr. Ferris, the principal at this elementary school said, “We didn’t want to miss anybody. Our job is to reach all of our students. I just believe that [all students] needed to be recognized.”

And isn’t that the bottom-line of what we want for all of our children, grandchildren and neighbourhood students.

What are your thoughts on this topic?

Question: How have you seen awards or rewards negatively affect children?