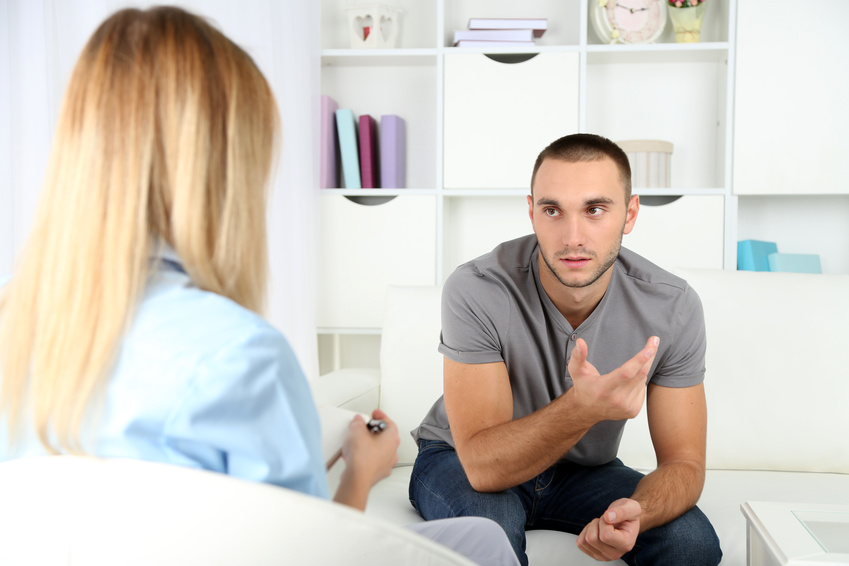 Once upon a time, a long time ago in a galaxy far, far away…

I was completing my adult clinical placement as a Speech-Language Pathologist from Wayne State University, Communication Sciences and Disorders.

Make note that my undergraduate degree is in Psychology and I always consider myself a curious, closet psychologist. Which is probably why I love all things Sherlock Holmes.

With my love and interest for serving those individuals who sustained brain injuries, the RIM was a magnet for some of the severest and most challenging cases of acquired brain injuries – whether vehicular, fall or through other causes.

One young man I saw, we’ll call him Mike, happened to be at the wrong place at the wrong time. He was in a variety store when a robbery was underway. Mike was stabbed in the skull with a screwdriver by the assailant and sustained an open-head brain injury. Resulting injuries included severe motor-speech and language difficulties.

For Mike, his biggest need and goal was to say his first and last name, his date of birth and his social security number. Mike had to go downtown each month to the social security office to pick up his check. He had to verbally identify himself. His check was his motivation.

However, to achieve his goal I had to drill him on the boring, repetitive exercises of saying those CV and CVC words. I negotiated with Mike that this was needed to reach his goal. He understood this but it was still emotionally and physically draining to do.

I ached for this young man in his early 20’s.

In connecting with Mike, I saw the struggle when he put his all into saying those sounds. Sometimes, he might only get 2 out of 10 sound combinations right.

Those 2 correct responses were amazingly well done and the hardest thing for Mike to do. But what feedback do you give someone who only gets 20 percent correct?

When you cannot communicate who you are – your identity – is shot! Your self-esteem, how you feel about yourself, is 10 notches below where it normally is. Mike did not believe in himself anymore.

To simply say, “good job!” or “well done!” to Mike, as many therapists often did, just didn’t cut it.

I researched the language of feedback that elevates a person’s self-esteem.

If I said to Mike, “You did a great job on producing that ‘puh’ sound,” it can sound pretty good – no generalities, very specific. We’ll call this “You Talk” feedback because it uses “you” in the feedback wording.

But notice the “You” in that phrase. When Mike only gets 20 percent right and I say the above kind of feedback, remembering he doesn’t believe in himself, because I said “You”, he quickly discounts the feedback and his performance plateaus.

Think it through. You don’t believe in yourself because of your acquired disability. You get 20 percent right and I say “you” did something great. It can’t be true! Do you see that now?

Now, when you have a positive relationship between a clinician and a client, and they know you are going to bat for them, you can give more meaningful feedback. I would say something like, “Mike, I could tell you put a lot of effort into making that ‘puh” plus “ah” sounds. That was really great.”

We call this “I Talk” feedback. Notice I say what “I” saw and I am also very specific. Mike believes in me. He has a hard time discounting my feedback no matter if he gets only one or two sounds right.

Many, many therapists and doctors used the generalized response of “good job!” or “well done!” Not too motivating or meaningful to someone whose life has been devastatingly changed.

I tried using the “You talk” phrased feedback and I could see that while it was a little better because it described specific actions performed, it still was not self-esteem enhancing. It did not connect.

When I used the “I talk” feedback the lights went on for my patients. They accepted the feedback given to them. They acknowledged what they had done. They could feel good about their performance.

I saw faster gains in achieving therapeutic goals. I saw more smiles on people’s faces because they felt good about themselves. And, as a clinician, my job was more meaningful too because patients lives were improved.

That is how my lessons in discovering about “I talk” feedback led to my interest and current obsession with helping people to get recognition right!

Question: What observations have you made when you give people recognition or feedback?