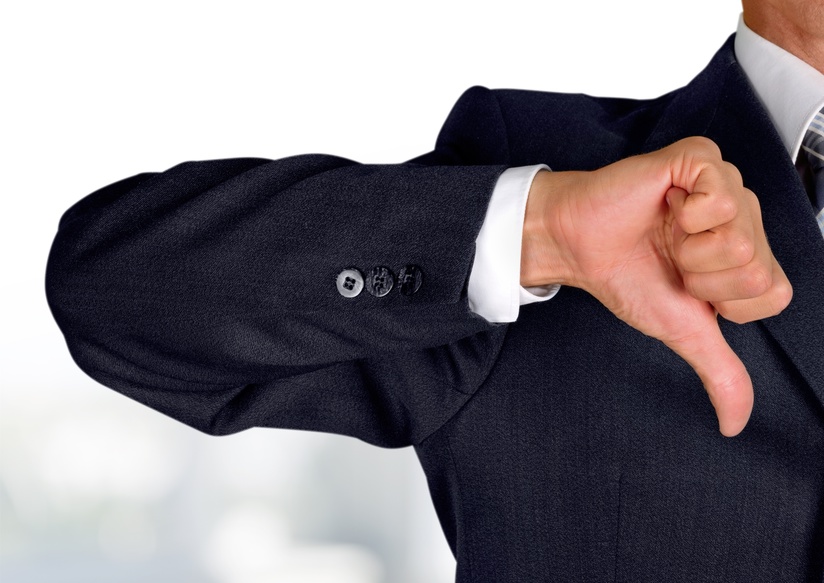 I never want to lead you astray and say that every time you give recognition it works miracles.

Nope. That’s not always the case.

Don’t ever imagine when you give a person some well deserved recognition that the lights will shine down on them, and confetti and balloons will instantly pour down from the rafters, and your employee will love you forever.

Alas, giving recognition does not always hit the target you want it to.

I am going to share with you just a few of the reasons when recognition just won’t work.

1. Done using only rewards. You know my pet peeve about clearly distinguishing the difference between recognition and rewards. Unfortunately, some managers dole out rewards like candy falling out of a piñata and then think they have done a magnificent job of recognizing their staff.

Giving tangibles does not equate with expressing the appreciation most employees are seeking.

If a reward fits the actions performed by the employee, so be it. Just make sure you accompany the reward, or even precede it, with some form of verbal or written expression of recognition.

2. Negative or toxic environment. People forget that positive communication or feedback cannot counteract any negative workplace or the effects of toxic managers or employees.

You first have to deal with removing the sources of negativity. This may necessitate giving coaching, education and even exit interviews, to managers or employees who won’t stop spreading toxic treatment of employees or peers.

It could entail creating a code of conduct of how employees will treat one another at work and how everyone can hold each other accountable to it.

Once you have established a positive working environment then recognition can begin to have an impact on people.

3. Trite and generic comments. I continue to hear the generic phrases of, “Good job!” or “Well done!” being used publicly. They’re always said in isolation of the intended behavior or action being acknowledged.

When you keep hearing “good job” or “well done” without any context to what is being recognized, the words become hollow and lose any real meaning.

You can wonder if they the person is just saying the words out of habit or duty.

Get real specific with what you are acknowledging the person for and tell them the positive impact of their actions.

4. Once in a blue moon. Far too often employees say they never get any form of recognition or appreciation. Which is really sad.

I have seen it where only a third of employees surveyed in a company said they received recognition during the previous year. Whether that is accurate or not I don’t know. What I do know is that is how the employees felt about how often they were recognized.

If you have missed out on acknowledging people throughout the day stop at the end of your day for just 15 minutes. Pick up the phone and call a person, or go out and see them if in close proximity, and thank them for their great work. Commend them for displaying the positive qualities they do. And don’t forget you can always write a sincere email or a handwritten thank you card.

5. Given with more work attached. In the employee interviews I have conducted, especially in the public sector, many of them actually dread receiving recognition.

It seems managers have acquired a bad habit of saying something like, “Thanks so much for getting that management report done in such short order.” The employee acknowledges the recognition. And then the manager says, “Now, I have another project I would like you to do.”

Give the recognition without any future performance expectation. Never give additional work or assignments just because of the previous job well done.

6. No sincerity or authenticity. It goes beyond the generic comments. It is the lack of living of appreciating people. It is the blatant disregard for respect and common courtesies.

Not greeting a person in the hallway. Never addressing them by name. Ignoring them in public places outside of work.

And then you recognize me?

It is not just walking the talk it is about being fully present and meaning all that you do and say. It’s about being true to who you really are – or should be.

If you don’t mean it, then you’d better not to say or do anything recognition-wise.

7. Bad news looming. This is a tricky one – recognizing people when you are about to lay people off or there are budget and salary cuts or other bad things happening.

Too often the bad news is ignored and managers proceed to recognize a person and wonder why it seems to fall flat.

There will always be harsh realities on the job – so acknowledge them too.

Say something like, “You and I know the company is going through some tough times right now. Yet I still want to thank you for putting in the long hours to get the shipments out before yearend. Your actions have not gone unnoticed.”

Don’t hide the bad news but still thank or recognize people. More formal recognition where tangible awards or rewards are typically given should likely be delayed until better times.

8. Too public when private desired. This is where you need to know the personal preferences of each employee as to whether they like to receive recognition publicly or privately.

And even if they okay public recognition you should always touch base on what you’re thinking versus what they might have in mind. This might impact who is invited and who presents the recognition.

By honoring a person’s preference request you show deep respect which will magnify the recognition experience for them.

For recognition to be well received it has to be a totally personal and felt experience. It’s an exchange of expressed emotion from one person to another.

If you are a new manager to the individual being recognized you might want to delegate the presenting of the recognition by someone they do know well and respect. If the employee is new, this is a time to do a little homework about the person from colleagues or family to make that special connection with your acknowledgment of them.

10. Blow it with their name. Whatever you do when recognizing someone get their name right. If you get their name wrong you’ve lost them with whatever else you say or do.

I found out last night that the name I’ve known a colleague by for the past nine years is actually their middle name. But if I had gone by their records I may have made a mistake using their first given name.

Same thing with pronouncing unfamiliar names. Find out how to say an uncommon name from those closest to the person being recognized. If you know the employee well, as you should, this matter should already be a done deal.

There will be plenty of other reasons for when recognition doesn’t work.

Your job is to be prepared and to orchestrate everything you can to make a meaningful recognition experience happen for each deserving employee.

Question: What other reasons have you come across for when recognition does not work?