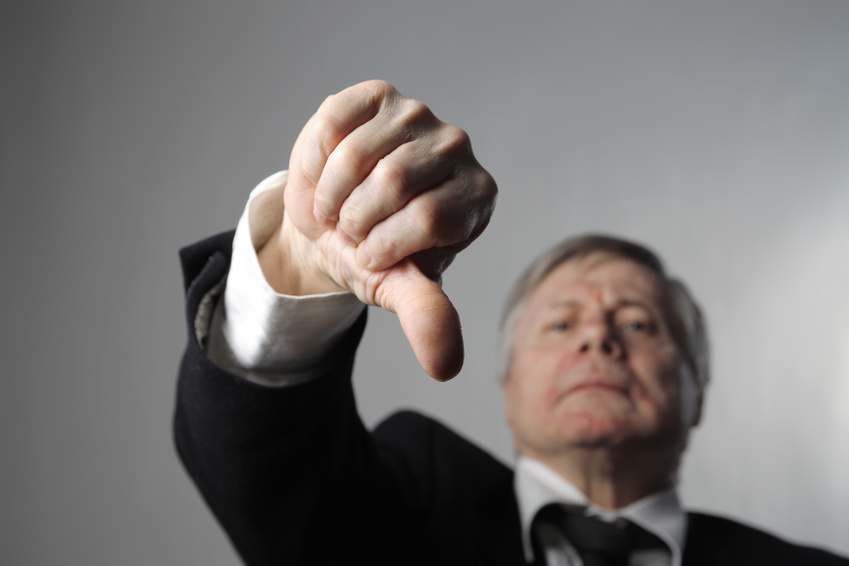 Following are some suggestions to consider when leaders get in the way of employee recognition.

When leaders don’t believe in recognition.

It happens. You’ll find some leaders who don’t believe that recognition is important. What can you do about this?

First off, it is realizing that you need to work on changing a person’s beliefs and that is never easy. After all, there are reasons, explicit or implicit, that cause them to feel the way that they do.

The best strategy I know of is to work on showing them the truth about recognition. Provide them with evidence of recognition’s absence in the organization. Show them the effect on people who have not been recognized, and the impact that recognition can have on people when it is given and done properly.

Statistics and surveys are nice but they get rationalized away and forgotten. Instead, video interview employees from both sides of the coin – recognized and unrecognized – and capture their feelings, along with comments on their intent to stay with the company and likelihood to refer others to join the company.

It is easy to discount the latest engagement survey results. It is much harder to minimize personal accounts of employees in video reports.

Second is helping leaders on how to give real recognition the right way.

Many leaders are in their position because of their ability to lead out in a professional or technical competency. It does not mean that they necessarily are people leaders.

Once you’ve been able to influence attitudes and beliefs on the importance of employee recognition, then it is time to work on behaviors.

Some leaders simply don’t know how to give recognition well. That’s where your job comes in. You can help the unconfident and unknowing leader, with coaching and educating them on the right behaviors and skills for effective recognition giving.

Give them written tips and resources from your recognition website. Point them to available education online or in leadership development training. Provide them with helpful books that teach how to give recognition.

Reinforce every positive occurrence of recognition.

Thirdly, if you see a leader recognizing others, thank them for it.

This is your chance to shine the light on your leaders. Whenever you see a positive occurrence of a leader recognizing an employee well, commend them for doing so. Tell them what you saw them do, or heard that they did, and find out the impact their action had on the employee(s). Let the leader know the difference they made on employees.

We all know that behaviors that are recognized are often repeated. Your role is to be an encourager of leaders who are reluctant recognizers.

Finally, if the above suggestions do not create a new future with your leaders, then start your own revolution.

After all is said and done, you cannot pretend to change every leader in your organization. They can only change themselves. This is especially so if they do not believe in the value of employee recognition, to begin with.

However, what you can do is change yourself.

You can start a recognition revolution one person at a time. You can transform the people in your company by personally acknowledging people whenever you see positive behaviors in the workplace.

The word revolution simply means, “to turn around”, from the Latin revolutio.

Keep in mind that I am not talking about a revolt against your leaders. If leaders do not perceive recognition as important then lead the way in being a real recognition giver. Excel in noticing the good and positive that people do. Actively incorporate recognition practices into your daily routines. Invite others to join your recognition revolution and become recognition givers.

Teach all employees you interact with of the value of appreciating the work of their colleagues. Provide them with practical advice and skills on how to give meaningful and memorable recognition.

Be a personal leader of recognition even when senior leaders are not.

Recognition Reflection: How do you get your senior leaders to be exemplary recognition givers?